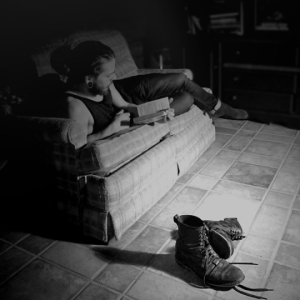 Photo by Sophia Marilyn. Click the picture to go to her Tumblr.

Here another writeworld exercise post. Here’s the prompt from the Tumblr:

A picture says a thousand words. Write them.

Be sure to tag writeworld in your block!

Erroll Noven isn’t a character we get to meet until Book Two and is only referred in the inaugural novel. He’s confident teetering on arrogant, he’s beautiful but not vain, and has more emotional depth than people give him credit for. As part of trying to rebrand himself as a more interesting, centered man, Erroll decided to spend more time reading and less time networking and partying.

Being of the Race of Engineers, there is a part of him that can simply download the text of anything that integrates with his knowledge base. But downloading does not permit one to spend adequate time with the words. It’s the difference between skimming and actually immersing oneself in a work. Just because it’s in your inbox or on your computer, doesn’t mean you’ve actually interacted with it.

He resides in a different part of town from the rest of his companions, so when he isn’t completing work projects, he lays on his couch, boots off, immersed in a new tale. And he lays there until either he can’t keep his eyes open or the projected start time on an assignment rolls around. His favorite genre is the biography, as, to him, people are interesting enough without embellishment. He finds fiction terribly dull and history books to be unbearable. Erroll never claims to be the most interesting man in the world, but he can say without a splinter of doubt that he is not the most boring.

Want to find out what most of the new terms in this post mean? I’m working on a proper book series, which is starting to look less and less like some distant fantasy. Follow my progress on Twitter — I’ve gotten back into running, but trust me, there’s enough bitching about editing to go around.