Back to the editing board. This time, my book is on a diet to shed some excess words. And it’s working! I got rid of 8,000 so far and the plot hasn’t changed yet. I have, however, gotten to the point where some chapters just have to go. And the first one I got rid of was chapter 1. It came down to one thing.

No Version of Chapter 1 Was the Good One

That’s the long and short of it. The original intention had been to introduce my main protagonist and her bubble of New York City. Character introductions are pretty hard for me because they’re either so action-packed that I can’t find a place to introduce them, or there’s way too much exposition. Chapter 2 balanced the two perfectly.

For those of us who were ever under the age of 10, there was a little jingle that went, “First is the worst, second is the best, third is the one with the [insert adjective] chest.” If this is new, now you’ve heard it. After getting rid of 5K words in garbage words such as “said,” “turn,” “look,” “really,” etc, it was time to get at the bits. The parts that I thought I actually desperately needed.

Until I reread Chapter 1. That was a whole lot of filler that was fun to read and gave a ton of context and backstory, but otherwise, didn’t really add too much. I’ve also been playing a whole bunch of Dark Souls. For anyone who wants to examine narrative structures, that’s an interesting game to experience. You only know as much of the story as much as you explore. There’s hardly any backstory or exposition. You’re the player along for the ride. Aspirationally, that’s the narrative style I want to adopt. Maybe one day.

But ultimately deciding to scrap the entire first chapter was hard. There was some characterization that I loved, but ultimately, it served only to introduce characters and set a scene for a place that wouldn’t even be relevant for the entire rest of the series. So out it went.

The most important question I ask myself when I delete sections is “What do I lose by getting rid of this?” I lost nothing, just 1.5K words. Other sections will need to be reworked to avoid continuity errors, but that’s a blog post for another day. 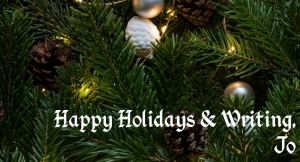 One thought on “Breaking Up is Hard to Do: Deleting Chapter 1”