It’s International Women’s Day and I wanted to draw some attention to five women and girls that I met in recent reads. They’re pretty different from each other and I wanted to compile them into a helpful list for fellow female-lead story writers such as myself to draw inspiration from. From women who can rule the world to kids looking for companionship, this list has some of it all.

The Grisha takes place in the vaguely Russian land of Ravka, where people are assigned to a cast based on magic. The two most powerful are the Darkling and the Sun Summoner, who control darkness and light, respectively, but there are also Grisha of fire, wind, and water (read all about it). As our main character in a fantasy YA, Alina discovers that she is the Sun Summoner when a trip across the plains of Ravka goes horribly wrong. She gets whisked off to the courts of Ravka to learn and study among the Grisha. What I found so cool about her was that, yes, she did suffer a bit of the love triangle problem, but she navigates her new world of court the way most people would. She’s a bit clumsy at first and it was great to see her inner strength shine by the time we get to the finale (pun completely intended).

I worked with romance novels and this story had the makings of a fine one. I compared it to a regency romance where, instead of being a downtrodden duke, the leading man is a dark elf. The delightful part about regency romances is that the heroines tend to be resourceful and spunky. Unlike traditional regencies, this one had a whole lot of sexy times. And throughout the story, Ildiko keeps a respectful skepticism about the new, nocturnal world of the Kai. Even her husband is impressed with how little the ferocity of his court had changed her. I just learned that there is a sequel in the making and I’m pretty excited for it.

I will not stop singing the praises of this series any time soon. Lila is the antithesis of ladylike. She wears pants, gets into fights with people larger than her, and openly embraces new challenges and adventures. She perspective on new experiences is such a joy to behold. And she grows up so much by the end of the book. I love watching characters with nothing to lose develop to having things to lose. The evolution of her relationship with Kell from their awkward meeting to their departure at the end is so well-done. I can’t wait to finish reading about the crazy adventures Lila the otherworlder goes on in the second book, A Gathering of Shadows. 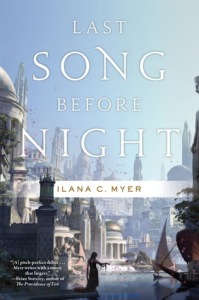 A girl can be badass without taking up a blade or having to physically fight people. That’s a lesson that took me a while to undo, after being a rebellious tomboy as a teenager to a new adult who enjoys lace, dresses, and makeup. I loved how strong Rianna was given her role as the noblewoman in this epic fantasy. She played a great foil to Lin, who had been on the run from her family, specifically her brother, when we meet her in the story. Rianna is so open-minded and I appreciated that each character held value to her, even Lin’s evil brother until his true colors showed. I like reading about strong ladies who are also kind, because the two aren’t mutually exclusive and it’s cool to see that in a book with such dark, lyrical overtones. 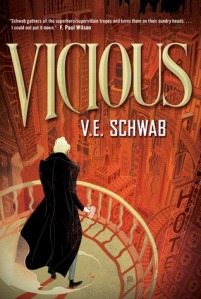 Two V.E. Schwab books on one list? Sorry not sorry. But Sydney goes to show that you don’t have to be an adult to be a badass. This thirteen-year-old had been through some serious trauma by the time she meets the anti-hero Victor. Dead parents, an absent sister…she had every reason to be hardened by those experiences, but she maintains an optimistic demeanor throughout. And compassion flows out of her like a fountain and it’s inspirational. I think it’s also child-like in a good way for Sydney to be so trusting and appreciative of the people around her. I loved watching her relationships with Victor and Mitch evolve as the story raced towards the final confrontation with Eli.

What ladies have you read about lately? I’d love to hear them and get some recommendations for my TBR list.

The boy and I made a feast of roasted duck, purple potatoes, and Chinese broccoli with a red miso maple glaze. Perfect for warming the house when the temperature falls into the single digits . . . . #glutenfree #duck #homecooking #GameofThrones #soju #roast
Tonight, I did a painting exercise in which I chose one color and mixed each color in my pallette with it (this bright peach red was the base). Since I was watching Julia Child, felt like doing a small portrait with the colors I made. Definitely leveled up a bit in terms of understanding color . . . . #gouache #watercolor #painting #art #lgbtq🌈 @artezaofficial
Wow Belmont looks lovely under the full moon #Chicago #boystown #lakeview #cta
Good neighborhood cat friend
First watercolor practice of 2020. Of course it's the qliphoth tree from #devilmaycry5. I spent a lot of time the last two days putting together my list of brushes and colors that I've mixed previously . . . . #watercolor #art #queerart #painting #watercolorpainting
New Year's Cake and rose. Happy 2020 y'all. I'm going to spend the next twelve months in some good rest and rekindling my love of creativity. Wishing the same for y'all ❤️🎉 #newyearseve #2020 #friends #glutenfree #baking #chocolate
%d bloggers like this: