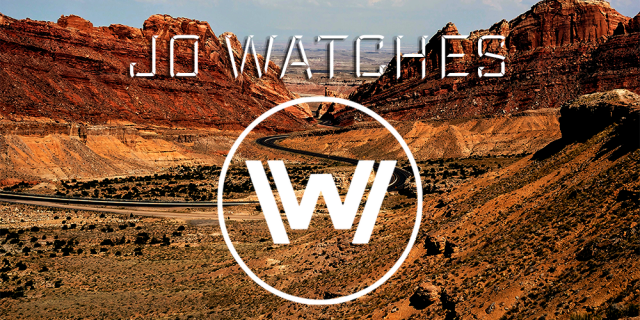 At some peer pressure and falling into personal interest territory, I decided to watch Westworld. Based on the 1973 film of the same name by Michael Crichton, it’s another romp through a scary, ill-thought-out amusement park. It does for the Wild West what Game of Thrones did for medieval times: It’s not at all fun and there are no clear-cut heroes and villains.

This drove me nuts. I can’t tell if Ramin Djawadi has a bit of Hans Zimmer same-soundtrack problem, or if it is truly something original, but ugh. They could have made it a little lighter to really draw the viewer into the “fun” that is this wild, wild west simulation, instead of introducing the creepy overtones. I found the toy piano covers of easily-recognizable tunes very clever, a great way to posit that something is very off in this rendition of the wild west.

It shouldn’t take a person five episodes to relate to the cast. At first, I found myself drawn into Bernard’s and Elsie’s investigations. Dr. Ford is also an intriguing character, but I like him more for his role in the plot as the mastermind, not so much as a character. We don’t really follow anyone for long enough to connect. The security guard guy whose name I don’t feel like looking up? Why is he in the story?

My overall problem with Westworld was that no one in this show seemed to be having fun. It’s mystery after mystery, creepiness after creepiness with almost no hope or anything to keep the show going. While the show runs perfectly on mystery alone, it felt a little grim. It’s an amusement park with little amusement. Everyone takes themselves so seriously, as if the show is trying to posit that the hosts are similar to their maintenance staff and creators. It’s really hard to tell host from human, but maybe that was the point? A character like Logan who is the ideal park visitor should have been introduced much sooner, probably in episode 1, to give the viewer a glimpse into the whimsy that is the park.

The acting, however, is incredible. The way Evan Rachel-Wood seamlessly transitions from human-ish to android blows me away every time. It is so effortless and the same goes for the other hosts. I could rewatch those assessment scenes, if only I cared. The show moves from moment to moment, riding on its twists that makes me question if there’s any value to revisiting the show to “catch” the things you missed the first time around. Half of them don’t matter and not even the characters seem to care. So why should you?

If you are a twists kind of person, you will enjoy this show. Maybe I didn’t pay attention enough or none of the characters really stuck with me in order to carry the plot. Season 2 isn’t due until 2018 and I’m not sure I’ll hitch a ride unless character development comes more to the forefront. Giving it about a 7/10. Fun, but I could have gone without.