With finals done, I had time to read. With winter break on its way, I took on a challenge that I dubbed “12 Days of Holiday Reading.” That’s going to be a separate entry because that’s a lot of books to talk about.

What I Learned: Making Personal Journeys Work in Genre

In my review of Time Salvager, I called James a butthead because he seemed to not think through any of his decisions. But there was an explanation–James is an alcoholic. It was briefly mentioned in the first book, but in the second one, it comes full force. Chu blends it beautifully into the fold of the greater narrative. It isn’t a plot gimmick, it just has a place and works in terms of both James’ character development and motivations. It was beautiful and heartbreaking, but it felt real. I empathized with James and his struggles, especially in the context of his greater mission and the overall world story.

What I Learned: Classics Have a Place

The Last Harvest doesn’t try to reinvent anything. In terms of what this little horror is doing is telling a straight forward story reminiscent of The Omen and The Exorcist. There’s no special plot twists or reimaginings. It’s so straight forward that it works. I liked it a lot. The mystery of the town carries itself through. The creepiness is tangible and draws from typical thrillers, but not in a boring way. It’s great if you want something that feels familiar but with enough tastes from the 2000s and 2010s to make it feel new. The style and setting work. Just like those classic horrors, it’s character-driven, very atmospheric, and doesn’t rely on cheap thrills.
Note: This book comes out January 10, 2017 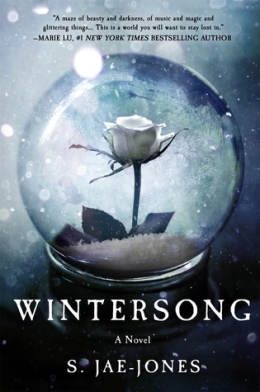 What I Learned: Upsetting Happy Endings

There are three types of endings in my mind: The character ending, the logical ending, and the world ending. The character one satisfies the hero’s journey, the logical ending brings together a great resolution, and the world wraps up the story of the universe or setting. Wintersong was a deep-dive into the mindset of a heroine from a classic fairy tale and I loved every word of it.

What struck me the most was how upset I got at the ending. Without revealing too much, it satisfies the plot and carries the through line, but it didn’t end the way I wanted to. I’m usually not stubborn when it comes to how books end and how they carry me. But I left this one on the verge of tears in a T-Mobile wondering why I’m so upset. It was so obvious that it was an issue with my expectations, but the emotional dissonance was powerful.
Note: This book comes out February 7, 2017

Happy New Year everyone! Appreciate any 2017 recommendations as I attempt to read another 40 books and try to clear out my studio bookshelf.