I read two books this month and they were really good. Both written by people named Victoria and both feature magical words. The similarities and learnings end there in this month’s edition of Reading Recap. 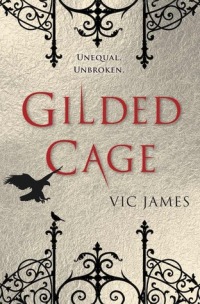 What I Learned: Engaging Politics and Magic

Dr. Vic James knows much about British politics. This utopian-dystopian alternate history of the world explores a society ruled over by magic users called the Equals. What I found most fascinating that magic was employed by the ruling classes to keep each other in check. Otherwise, Skills are largely a myth. There’s still very much an element of human fallacy, so it’s not just a blind fear. The populace hate the Equals because their policies and laws are oppressive, not because they have magic. This level of nuance made for a much more layered story. It also made the divide between the magicians and the non-magicians more believable.and grounded in real-world power dynamics. 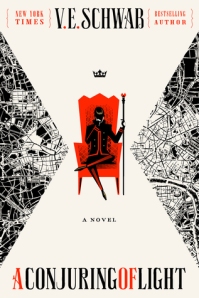 A Conjuring of Light

What I Learned: Tying Together a Series

I called this my hypest book of the year because of all the talent and expectation laid on wrapping up the Shades of Magic trilogy. The story was pretty solid throughout, not really branching across several locations or unrelated characters. One of the keys to crafting an excellent ending is to have a story that has an overall sense of structure. The problem to be resolved was established all the way in the first book. It unfolded in a way that spiraled out of control for the characters’ but guided throughout with finesse from the author. The crumb trail of character development was carefully laid throughout. That growth is the most important for endings, both good and bad, to feel earned. No one really had plot armor. Expectations were met and closing this chapter of the tale of Four Londons was the most rewarding reading experience.

NetGalley month didn’t work out, but in March, I’m going on a little writing retreat for working through the rest of my book and reading, reading, and reading some more. Look out for a post on that later in the month.