August 2017 was my busiest month. Between wrapping up my summer project, taking a hiatus from writing, a family emergency, and moving, reading was a welcome refuge. Here’s what I learned this month.

What I Learned: How Not to Do Plot Twists

This should have been the last #QBFFsRead of July, but I didn’t finish it in time. The final act of this book was a really hard time for me. In my personal preference, I hate plot twists. I like to be able to see the plot progressing towards some kind of reveal. If it would not have been so bad in this book if it didn’t take 250 pages to get through the explanation. I almost quit it. There was so much excellent development between the main characters and the supporting cast that was undone by such a slog of a twist.

2k to 10k: Writing Faster, Writing Better, and Writing More of What You Love

What I Learned: How to Write Better and Faster

I found a thread on Twitter about books to help improve writing. I picked this one up because before my hiatus, my word counts were abysmal. Now, I am hitting over 1,000 words an hour consistently. I can’t wait until I’m not in moving limbo to truly test the methodology out.

The Dragons of Nova

What I Learned: Introducing a New Location

In Dragons of Nova, the sequel to The Alchemists of Loom, Kova introduces the sky world of Nova. It was alluded to in the first book, but it was so well executed in the sequel. The dragons had been established to have very different lifestyles than the Chimera and Fenthri of Loom. The choices in introducing the culture of Nova made it come to life in a way that also meshed with the world Loom exists in. It isn’t a different world, but a same location clearly on the same continent.

The Art of Starving

What I Learned: How to Present a Mental Illness

To start, this book destroyed me. As someone who also suffered from an eating disorder, so many of Matt’s thoughts mirrored my own in a different way. Miller brilliantly anthropomorphizes his disordered thoughts by projecting them as X-Men-like powers. The tight lens really worked here and gave just enough distance for a reader like me who has also experienced similar trains of thought.

The Gentleman’s Guide to Vice and Virtue

What I Learned: Incorporating Research

This fun romp was full of compelling relationships paid so much attention to historical accuracy, it was amazing. None of the dialogue felt anachronistic, even though, as the author’s note suggests, the relationship between the two mains might be. Either way, the settings were very well drawn and there were enough allusions to real time events that didn’t feel pedantic at all. The author’s note was a great resource on further reading to answer additional questions.

What I Learned: Almost Different

Received an ARC from NetGalley in exchange for an honest review. This book had all the tropes I needed at the time of reading. That being said, this could have been truly original. But it felt more like a quilt of the most popular young adult fantasies that came out within the last five years. It was a fun read, but the number of tropes after a strong opening threw me in for a loop. I’m cautiously optimistic that the sequel will improve, especially with the concepts introduced in the last 5% of the book.

What I Learned: Writing Enby Characters

Disclaimer: I’m Junkyard’s critique partner. Upon reading the final product, I’m impressed with how carefully maneuvered the pronouns were for his non-binary (enby) character, Sky. It’s a great example of inclusion with a new set of grammatical tools. 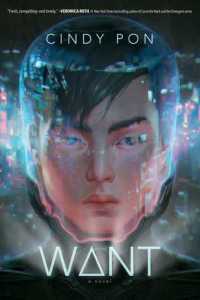 What I Learned: Lush City Building

Cyberpunk leaps off the page in this science fiction dystopia. Pon paints such an atmospheric world where motorbikes fly and people need suits to breathe. It read like a movie without being a bullet list of tech. The naming conventions felt just familiar enough to give a vivid picture of the type of technological society we’re dealing with.

Reading a whole bunch of ARCs to kick off September. Expect a quick post on my new apartment because I’m an adult now who owns furniture.