Happy book day to Shan Chakraborty’s City of Brass, a lush epic fantasy about a con artist whisked off to an enchanting world to discover who she really is. There is magic, sword fights, and political intrigue sprinkled throughout and finely woven together. As the book is also Shan’s debut, I invited her to take time to talk about world-building, process, critique groups, and publishing. Shan and I are also part of the Brooklyn Speculative Fiction Writers group together, an excellent community of writers working on projects in science fiction, fantasy, and everything in between.

What came first: The world or the characters?

The world came first; the book actually began as sort of a world-building/historical fanfiction project that I had no intention of showing anyone! I was aiming to create a magical version of what is often termed the Islamic Golden Age, stocking it with all my favorite bits of history and folklore. It was only after, when a plot and characters began kicking around in my head, that it turned into a proper tale!

How did your fascination with history factor into the world-building, especially with regards to Daevabad?

It factored quite a bit! I’ve always loved history; I originally had intentions of continuing on to graduate school to study Middle Eastern history (medieval trade in the Indian Ocean sphere to be specific) and for this reason, I remember being quite taken with the idea of djinn. In traditional teachings, djinn are not the cartoon wish-granters of Western lore, but rather intelligent, long-lived beings much like ourselves, created from smokeless fire and living unseen in our midst. A frightening and yet intriguing possibility – for here were the silent witnesses to the history that I loved.

And so I started working on my world. In it, I imagined how the djinn might have built their civilization, one inspired by both magic and the ways of their human neighbors. Might they have recreated Baghdad’s famed library, filling it with ancient texts of magic? Adapted the medical traditions of famed physicians like Ibn Sina to treat curses instead of colds? I wrote of a hidden city designed by people who would have watched the rise and fall of countless human empires, whose skyline would be a jagged mix of ancient ziggurats and contemporary minarets. As I read new books, more got thrown in: coral palaces inspired by medieval Swahili ones, caverns of corpses taken from creepy Abbasid-era tales, monsters from a tenth century dhow captain’s account, and more.

Which scene was your favorite to write?

Oh, wow, this is hard! I have to say that I have a particular affection for writing about the royal al Qahtani family. I wanted them to feel real and complex: a mix of personalities and ideologies, but people who love each other and stick together against the outside world. However, in the world that inspired mine, the idea of primogeniture is absent. Succession can be contested by any male relative—and often is. I have always found this interesting and awful; how do brothers—raised to love and respect one another—justify going to war against each other? How do their mothers and fathers prevent or encourage such a thing? I don’t want to reveal too much, but I’ll say there’s a scene towards the end of the book in which this really comes to a breaking point, and writing out the mix of love and jealousy and fear and resentment between two characters I adored was a lot of fun.

Do you have any tips for writers working on a trilogy?

Haha, I’m not sure I’m yet qualified to give advice, but be ready to follow the story instead of your original outline. The first book is going to change—especially once you start working with an agent and editor. Try not to be so hung up on making what you thought you wanted in Books 2 and 3 to work. Trust me when I say from experience that you’ll end up wasting months!

In The City of Brass, Nahri and Ali seem to be perfect opposites.  Are there any tips for writing dual POV?

Know them well and find ways to make their voices different. I found it easier to draft their chapters separately and then combine them in edits. It let me stay in their heads easier. 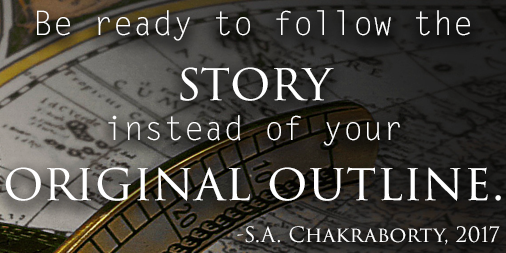 Was The City of Brass your first book?

It was! I’d toyed around with some short stories and fanfiction in high school, but The City of Brass was my first book.

How did you find out about the Brooklyn Speculative Fiction Writers?

I found them on Meetup while Googling writer’s groups. This isn’t a method that works for everyone, but I was really, really fortunate to find them. I wouldn’t have found success with this book if not for them.

What are some advantages of working with a critique group? Any tips for finding one?

If you’re looking to write for an audience, at some point you’re going to have to share your work. A writer’s group is a great place to do that; it’s a supportive environment that will teach you how to parse feedback and learn how the industry works. Writing may be a solitary pursuit, but you can’t publish alone.

Is there anything you know now that you wish you had known when you started?

Better time management, a thing I’m still struggling with, especially as I get further into publishing and have more responsibilities besides working on one book. Be prepared to strategize. 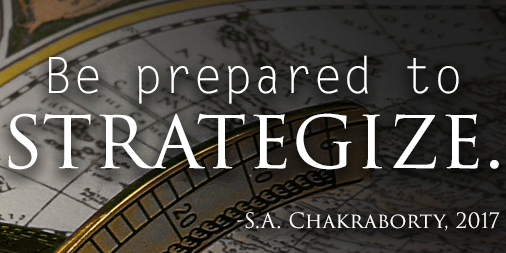 You can find Shan on Twitter at @SChakrabs and at www.sachakraborty.com. Get The City of Brass via Amazon, Barnes & Noble, or Indiebound.

2 thoughts on “Author to Author with S.A. Chakraborty”