Skipped last month because I didn’t have the bandwidth, but this latest round of reads was an exercise in learning when books are and aren’t for me.

Isle of Blood and Stone

What I Learned: Slow-Burn Plotting

Read as an eARC from NetGalley. Came out April 2018. The prologue to this book is stressful and introduces on hell of a mystery. The rest of the book goes at a wandering pace. But not all who wonder are lost. Enough is introduced to allow the reader to come to their own conclusions about the culprits and victims of the tragedy in the opening scene. Reveals were well-woven throughout without beating the reader of the head or coming so far out of left field, it ruins the enjoyment of the book. 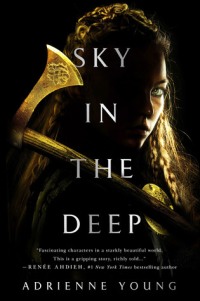 Sky in the Deep

What I Learned: Culture Building

Read as an ARC won in a Goodreads Giveaway. Came out April 2018. The strength presented in this book is something else. I really love how Young chose to guide the reader between the Aska and Riki cultures. We get introduced to the Aska world only to be whisked away to the Riki world and there is so much passion between the two Viking-inspired groups. Definitely a great way to introduce cultures without the info-dump.

From the Earth to the Shadows

What I Learned: Developing That Setting

Read as an eARC from NetGalley. Came out in April 2018.  Setting is such a weird sticking point for me. It took me two books to realize this took place in Chicago? I live there? Anyway, settings are very important, but have a strong enough plot with great characters, things can get easily overlooked.

Falling Leaves: The Memoir of an Unwanted Chinese Daughter

What I Learned: What I Like in a Memoir

Admittedly, I haven’t read many memoirs that weren’t for an internship. This is definitely the first I’ve read for pleasure. While the prose was good and the story was moving, it seemed a bit directionless for the most part. It impressed me how straight forward it was, but it might have been a bit of a detriment. 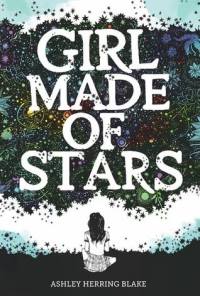 Girl Made of Stars

What I Learned: When a Book Just Isn’t For Me

Read as an eARC from NetGalley. Came out in May 2018. This book is important. It leans into a difficult subject from several points of view. The characters were multi-dimensional and I really loved the presentation of female friendship and support. That being said, it didn’t connect with me in the same way as it had for others.

What I Learned: The Difficult of Prologues

Read as an eARC from NetGalley. Came out in May 2018.  I mentioned earlier that prologues can really set the scene for a narrative. This one, however, greatly harmed my enjoyment of the book. It starts with Rielle and her fate. Because we know her fate, so much tension gets sucked out of many action sequences later down the road. Every reveal seems to “chicken and egg” the existence of the prologue and that bothered me. I think less detail would have helped. Starting the book at a later point or opening with the prophecy of the two queens might have been more effective. 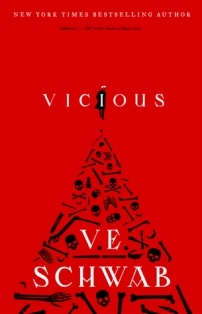 What I Learned: Characterization

A reread. In terms of character study, Vicious remains one of my favorites. Both Eli and Victor are absolutely despicable people, however, Schwab provides so many little details to give them dimension. Upon the reread, I definitely had a favorite and caught so many other tidbits and quirks. Neither is sympathetic nor relatable, but their motives are clear and fit these characters and that story.

What I Learned: Giving Up on a Book

I don’t think I’ve quit a book in recent memory. That being said, this one just didn’t do it for me. If anything, I had such a hard time getting through this book, it might have sent me into a bit of a slump. I could see what the author was trying to get at, but neither the characters nor plot were strong enough to keep me invested. It felt like the book ended at the premise without going deeper or giving the cast any agency. Perhaps that was the intention and it didn’t work for me.

June will be full of bookish events, like Bookcon and ALA Annual 2018, so who knows how much reading I will get done?