New Year, new reads. My goal this year is read 100 books, and I’m doing pretty well with it, thanks to audiobooks.

What I Learned: How to Write Grief

Read an ARC I received at ALA 2018. One of my favorite things in this genre-splice of boarding school drama and science fiction was how Hanover presented Emma’s grief. It was very powerful and authentic. it punctuated most of the narrative without being overbearing. 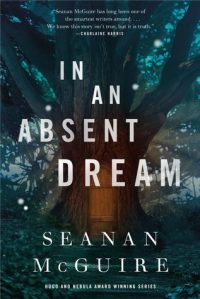 In An Absent Dream

What I Learned: Setting Up World Rules

Read the ARC I received at ALA 2018. Most worlds in fiction have rules, but the main conceit of this narrative was the fact that the world had strict rules to keeping it functional. They’re laid out explicitly at the first mention and then woven wonderfully through this short narrative.

What I Learned: Well Crafted Sequel

Read my Edelweis eARC. This sequel takes everything incredible in The City of Brass and turned it up to a hundred. There’s more political intrigue, more betrayals, and more magic. The balance between plot and world-building was incredible.

What I Learned: Committing to Aesthetic

Read an eARC provided by Wednesday Books on NetGalley. This gothic, bloody tale takes place in a very cold, Slavic-inspired land. Duncan clearly did a ton of research to get the names right and the places correct. In addition, she held back zero punches when it came to the blood magic and discussions around religion and morality. 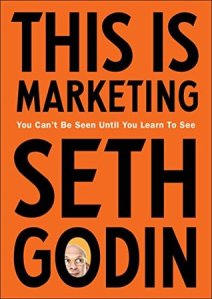 What I Learned: Case Studies That Work

A brief, amazing overview of what marketing should be and how it tends to pan out.

What I Learned: Context Ruining A Work

If I had read this book several years earlier than I had, I might have appreciated it more. It seems to go out of its way, however, to paint Nick as not that bad, and the way Amy hates almost every woman around her rubbed me the wrong way.

What I Learned: Carefully Crafted Sequel

I continue to be completely enthralled by this trilogy. Like The Kingdom of Copper, it takes everything that made the first book fantastic and wove a plot which goes full steam ahead. I appreciated several characters beforehand and the shocking moments still managed to thrill, even though I saw them all coming.

What I Learned: Not Going Far Enough

The introduction of this time-currency world was incredible. Too bad the plot did not go as far in its inventiveness as the world-building did. The elements went beyond tropes and felt a bit lazy, to the point that some plot I hoped wouldn’t come through. And yet, there they were. 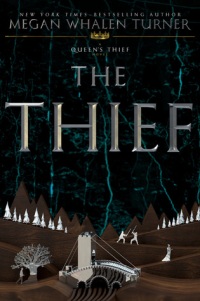 What I Learned: Weaving Mythology

The amount of thought Turner put into how the mythology of the world wove into its storytelling was truly something else. The gods had different relationships and philosophies and it was so thorough. Unfortunately, it distract a bit from the main plot, but I really hope it comes back in later books.

A Blade So Black

What I Learned: Merging Source Materials

The blend of Alice in Wonderland and Buffy the Vampire Slayer was seamless. I think the trick here was borrowing the world and characters from the first work and the fight style and plotting of the second work.

In February, life comes full force with a move at the end of the month. I’m either going to disappear completely in fiction-landia or let my anxiety about packing eat me alive. There’s no in-between.