March seemed to zip by. I went to Seattle for a bit, taking a proper vacation from both day job and from writing. It was nice and a much-needed break from the querying grind. But it left much time for some good reads, which I am pleased to share.

Photo by chris liu on Unsplash 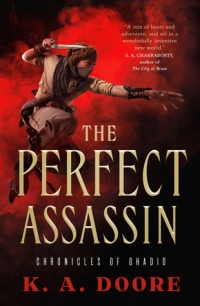 What I Learned: Blending Fantasy and a Murder Mystery

Read the eARC I received from the author. Came out in March 2019. This book and its author was featured in an Author-to-Author. What really makes this book special, aside from the stellar world-building, is the genre mash-up of murder mystery and fantasy. There are assassins and desert ghosts while our darling Amastan is trying to figure out who keeps offing important figures around town. Absolutely riveting.

What I Learned: Magic

Relationships, sea monsters, what else can you ask for? Where this book really shined for me was with the descriptions of the magic. So immersive and doesn’t take you out of the character dynamics whatsoever.

What I Learned: That F*cking Ending

Second time even better than the first! I decided to listen to the audiobook to round out my reread. The twists still blew my mind, no one was safe, and the ending is just perfect for this grim tale.

What I Learned: Realism that Doesn’t Flinch

This book was so intense. Usually when things are written to be more “realistic,” the main feature is gratuitous violence and sexual assault. What this book also leans into is gratuitous descriptions of food poisoning, lead poisoning, the multitude of injuries you can get while on a whaling boat. Absolutely not for anyone with a weak stomach. I found myself muttering, “Please stop that” throughout the listen.

What I Learned: Rugged Intensity

Very similar in feel as The North Water. But this one goes easier on the brutality of nature and the main character has much better intentions. Nature is still pretty dang scary, with bear attacks and camping out in the woods while your enemies hunt you down. Such a nail biter.

What I Learned: Epic Historical Fantasy

Dragons make things so much more exciting. Naval battles are already pretty cool (do not look at the hours I’ve sunk into Assassin’s Creed: Black Flag that had nothing to do with story progression, thanks). But adding dragons to the mix? A winning combination. The relationship between Temeraire and Laurence is so compelling. 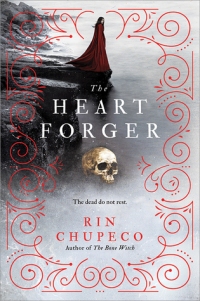 What I Learned: Tension

Masterfully woven between past and present. Throughout this book, you know exactly which characters are dead already and for whom tragedy had befallen. Chupeco keeps the how and why from you throughout the split narrative. The third book has so much hype going into it, I am terrified. 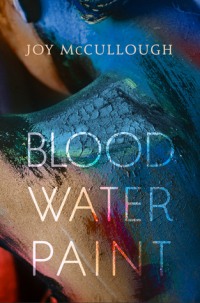 What I Learned: Voice

I am obsessed with this novel-in-verse. As if the story of Artemisia Gentileschi weren’t compelling enough, the way the titular painter recalls her teens years is so compelling and captivating. Especially when it comes to her anger and determination, so much power in so few words.

April sees me traveling to New York for a spell and so many excellent reads coming out. My TBR is a disaster and it’s okay.