Get ready for Part 2. I refrained from finishing two more audiobooks today because one, I had a headache, and two, had some work to do which required deep focus. Welcome to all the audiobooks I read in July. 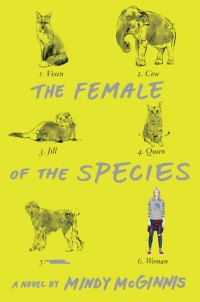 The Female of the Species

What I Learned: Deep Empathy

This is my second Mindy McGinnis book and wow. Just, wow. She has such a knack for making even the most unlikable characters deeply sympathetic. I would ride or die for so many of them. In addition, the way she depicts female friendships is so touching, even if I personally would not agree with so many of those characters’ choices.

What I Learned: Creative Worldbuilding

Sim has a lot of fun with the idea of time as a magic source and a type of malleable material. The transfer of it matters more tangibly in this alternate London world and way she brings it that to life brings so much joy.

My new favorite subgenre of books are the kinds that hook you in with one premise and keep you around with everything else. I was so excited to delve back into the mysteries of Area X and the Southern Reach. But the way the rather pedestrian office struggles of Control intertwine with the science fiction eco-horror is so fascinating, it kept me rooted in my seat. 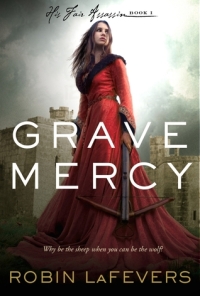 What I Learned: History and Aesthetic

This could have been just another assassin book with monarchy and nobility. But LaFevers adds a layer of history to this work that every choice of weapon and poison takes a step beyond just aesthetic and standard assassination shenanigans.

What I Learned: Subverting Expectations

Going too specifically into why the ending of this book worked delves into spoiler territory. But what I will say is that typically in other stories, you might expect some big confrontation and taking down of the big bad. What you get, instead, is something way more compelling that brings the story full circle.

What I Learned: Using Second Person to Tell the Real Story

The blurb of this book talks about Eolo. While he is a darling, I really like how Leckie disguises the real hero of the story through a clever use of perspective. This book is definitely my favorite of 2019, and I still have 41 more books to read.

August features my last two weeks with my boyfriend and then a marathon of writing that I’m not sure I’ll be able to pull off. I should consider doing TBR posts, but honestly, that’s a bit too much added pressure right now.