Instead of doing NaNoWriMo this year, I decided to plot out a book instead. It didn’t mean I didn’t have time for some excellent reads. This month featured such an assortment of genres and formats, I feel like my understanding of craft expanded in ways I didn’t expect. 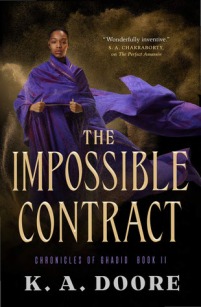 The Impossible Contract (Chronicles of Ghadid #2)

What I Learned: Expanding the World

Read my NetGalley eARC. Came out November 2019. The first novel of this trilogy about an assassin family had been mostly self-contained in the city of Ghadid. In this second volume, we venture to the sands beyond and even to a new city. The world-building here is simply exquisite. Read an interview with the author here. 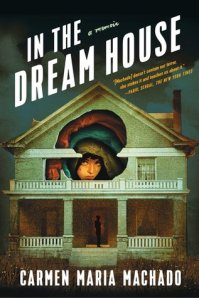 In the Dream House: A Memoir

What I Learned: Literature as a Medium

Read an ARC I got at ALA AC 2019. Came out November 2019. Machado plays with all sorts of motifs and formats to tell the harrowing story of an abusive relationship. Equal parts fascinating and simply horrifying, I found myself entranced in the way this work blends horror, literary, and memoir. 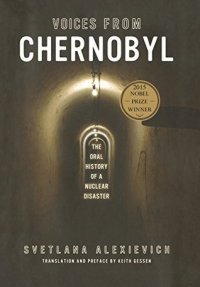 Voices from Chernobyl: The Oral History of a Nuclear Disaster

What I Learned: People Telling Their Own Stories

Chernobyl was one of my favorite cinematic events of this year. Of course, I had to read the source material. Perhaps part of the power of this work comes from the curation of the stories, but the moving way the people affected by Chernobyl told of the disaster are heart-breaking, beautiful, and steeped in such melancholy. 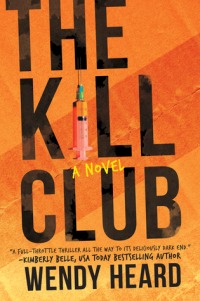 What I Learned: Perfect Tension

Read my NetGalley eARC. Comes out December 2019. True crime fans rejoice: Wendy Heard is back with another thriller. The tension throughout this book is taut. Told from multiple perspectives, the fact that the main character Jazz’s POV is kept to first person was really effective in maintaining who we’re supposed to be the most stressed for. 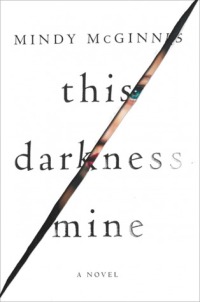 What I Learned: The Psychological and the Physical

A major flaw in many psychological thrillers is how stereotypical mental failings can be presented. In this work, however, there is both a psychological and physical component to the things causing Sasha much stress and much fear. Not only that, this novel does a great job of exploring what it means to be good versus bad and the true cost of perceived perfection. 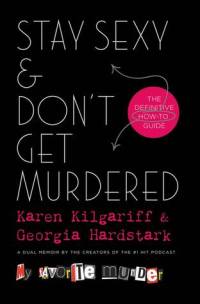 What I Learned: Compassion for Your Younger Self

While there was no true crime to be found in this memoir, I really liked how Karen and Georgia talked about their younger selves. Their experiences were told and reflected on with such compassion for their younger selves that it’s truly something aspirational. 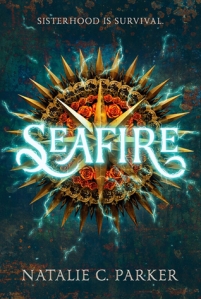 What I Learned: Pacing Too Swift

The piracy in this book was so good. However, the pacing went by so quickly that key character deaths seem to zip by. I feel like I finally understood interiority with this one and how the sadness of the main character isn’t usually enough to elicit sadness. 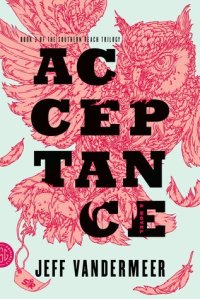 What I Learned: Unsettling Imagery

Most of the imagery that went into Annihilation the movie seemed to be taken from this book. I really enjoyed how Vandermeer handled the strangeness of Area X. My skin crawled during most scenes, but also provided deep worry for the characters involved. 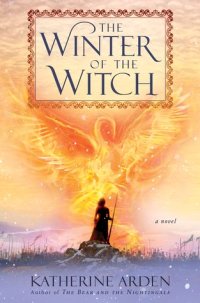 The Winter of the Witch (Winternight Trilogy #3)

What I Learned: History as Spoilers

It was nice to read works featuring Russian folklore and history that isn’t about Rasputin and the Romanovs. This one takes place much earlier and the research shows on page in unexpected ways, including those which inform the plot. That’s the most I can say until you read it yourselves. 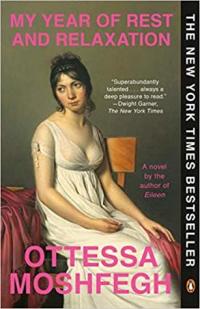 My Year of Rest and Relaxation

What I Learned: Deeply Unlikable Characters

The narrator of this book is selfish, tired, and has so much going on that she has no interest in confronting. The layers Mosffegh works through here makes her someone we want to follow from each drug-fueled episode and interrupting nap. The side characters are similarly maladjusted, and it resonated with me so well. 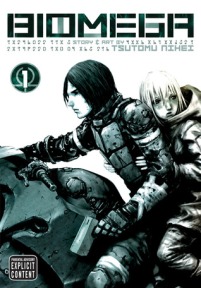 What I Learned: Detail Work in Aesthetic

The aesthetic in this novel is so good and so carefully crafted. The cities are expansive and the monsters are wonderfully gross. But it all works as part of the story-telling. 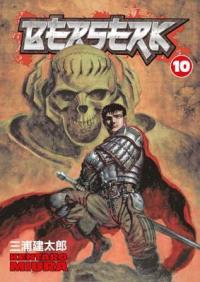 One of the things I am greatly enjoying about finally reading the Berserk manga is just how much character work there is for both the main and the side characters. Even if it’s a few panels or a few pages, no stone gets unturned with regard to the people occupying the dark fantasy world.

Check out K.A. Doore’s post on NaNoReadMo, in which the focus is to read in December. And I want to clear out my “Currently Reading” on GoodReads.

The boy and I made a feast of roasted duck, purple potatoes, and Chinese broccoli with a red miso maple glaze. Perfect for warming the house when the temperature falls into the single digits . . . . #glutenfree #duck #homecooking #GameofThrones #soju #roast
Tonight, I did a painting exercise in which I chose one color and mixed each color in my pallette with it (this bright peach red was the base). Since I was watching Julia Child, felt like doing a small portrait with the colors I made. Definitely leveled up a bit in terms of understanding color . . . . #gouache #watercolor #painting #art #lgbtq🌈 @artezaofficial
Wow Belmont looks lovely under the full moon #Chicago #boystown #lakeview #cta
Good neighborhood cat friend
First watercolor practice of 2020. Of course it's the qliphoth tree from #devilmaycry5. I spent a lot of time the last two days putting together my list of brushes and colors that I've mixed previously . . . . #watercolor #art #queerart #painting #watercolorpainting
New Year's Cake and rose. Happy 2020 y'all. I'm going to spend the next twelve months in some good rest and rekindling my love of creativity. Wishing the same for y'all ❤️🎉 #newyearseve #2020 #friends #glutenfree #baking #chocolate
%d bloggers like this: